In 2019, the Teaneck Board of Education hired Whitehall Associates, Inc. (a qualified demographer by the New Jersey Department of Education) to conduct an independent analysis of the effects of new development on the Teaneck Schools.  The analysis 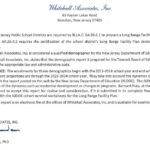 (available here) projected enrollments based on particular projects and to the overall school system through the 2023-24 school year.  Some of the numbers were purely projections (as the pre-k and K classes hadn’t been born yet), but the rest were based on trends and the scientific methodology as outlined in the report and consistent with NJDOE practices.

So how good were the predictions?

To find that out, I contacted Superintendent Dr. Christopher Irving and asked for information regarding the number of students in these locations.

Below is a list of the predictions from Table 4 of the report and the corresponding chart indicates how well those predictions have been borne out in reality.

Out of the predicted 150 school-age children attending the Teaneck Schools, only 57 have moved into these developments.

Broken down by school, the numbers show an average of 1-2 kids per class, max.  In short, there is roughly zero impact on the top line item in the school budget: staff, based on the people moving into new developments. 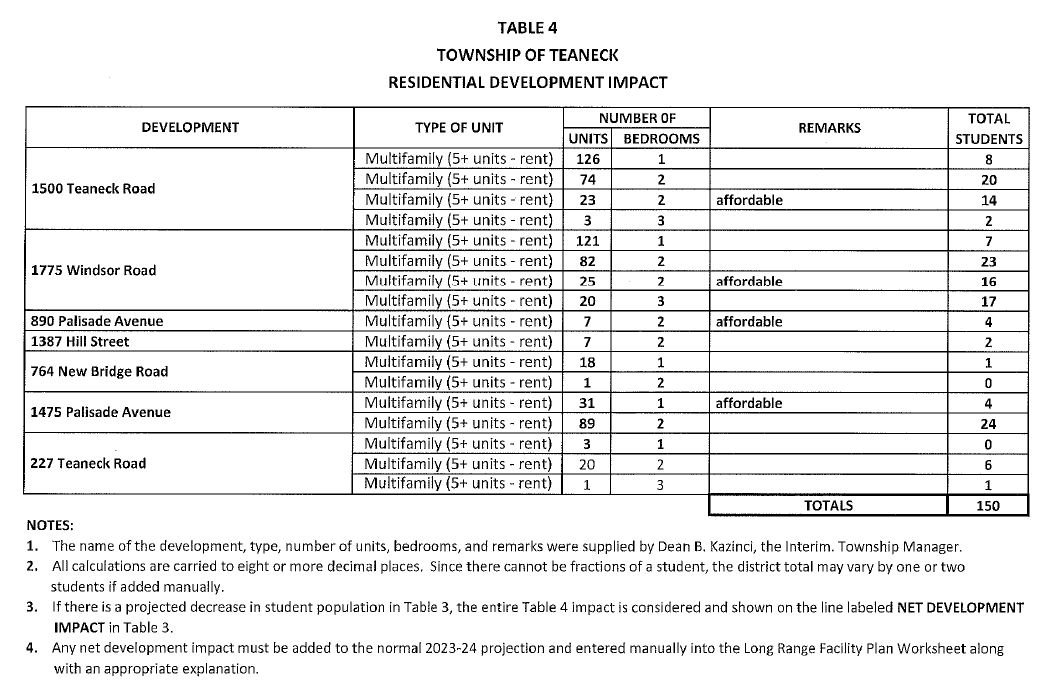 There are 2 Municipal Questions on the Ballot this year.

Every year, the township’s finances are audited by an independent Auditing Firm.

You can read the entire audit report and see the results (deficiencies) here: 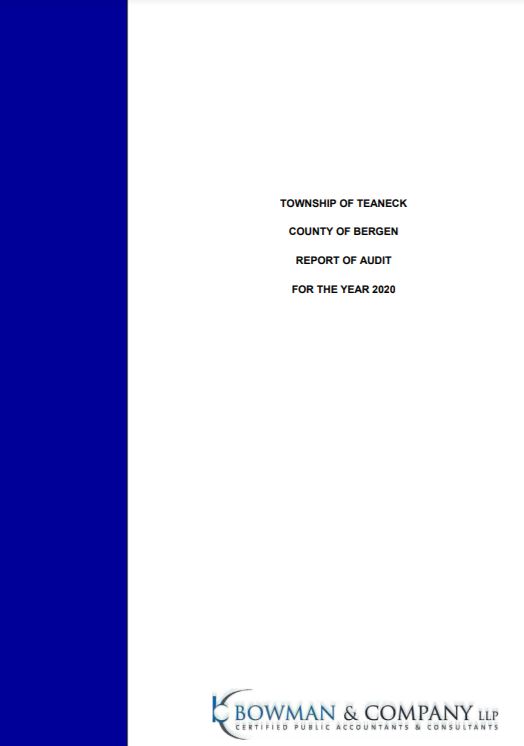 Current and Former Chairs of the Environmental commission weigh in on the Community Choice Aggregation (CCA) proposal:

These days, there’s a lot of misinformation and it’s very hard to know what to believe.

For Municipal Question #2, Community Choice Aggregation, here are the experts:

“I think it’s important we’re careful with our language. Community Choice Aggregation [CCA is Municipal Question #2] will not improve the environment of Teaneck. It will support renewable energy credit swaps which overall, in the long term, can help mitigate climate change. The more that we’re encouraging renewable energies um – and I think for the broader environment – absolutely makes a huge difference.

But it’s not gonna affect Teaneck’s environment, in any way um — measurable way.

“What seems like a good idea, with a very small actual impact on climate change, is structured in such a way that a small group of former utility officials stand to benefit handsomely if this legislation passes for a dubious amount of actual work. That seems wrong to me. There are far better ways to incentivize local green energy purchases than enriching people who were once the regulators and grouped NJ with the highest polluting states, all coal dependent. We need a disinterested 3rd party to analyze this and given the animosity between the Council majority and proponents on both of these measures, it is hard to see how this helps or hurts. At this point, I would vote NO, but reserve judgment on the idea itself.” 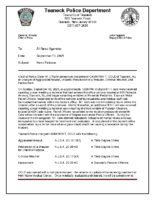 This morning Judge Wilson heard oral arguments on the OTOV petition and delivered a prepared decision from the Bench.

The order has been filed, allowing the question to proceed to the ballot in November.  The Township indicated it would appeal based on various issues.

The order appears below (the full decision hasn’t been entered on the docket.  The petitioners did not receive attorneys’ fees, so petitioners will bear their own costs.

END_OF_DOCUMENT_TOKEN_TO_BE_REPLACED

OPRA is meant to allow access to public documents, but it’s not meant to enable snooping through files for anyone who wishes to do so. END_OF_DOCUMENT_TOKEN_TO_BE_REPLACED

With much thanks to the Township Manager, Dean Kazinci for spearheading this project, along with fire Chief Zaretsky. 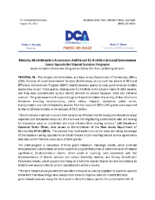 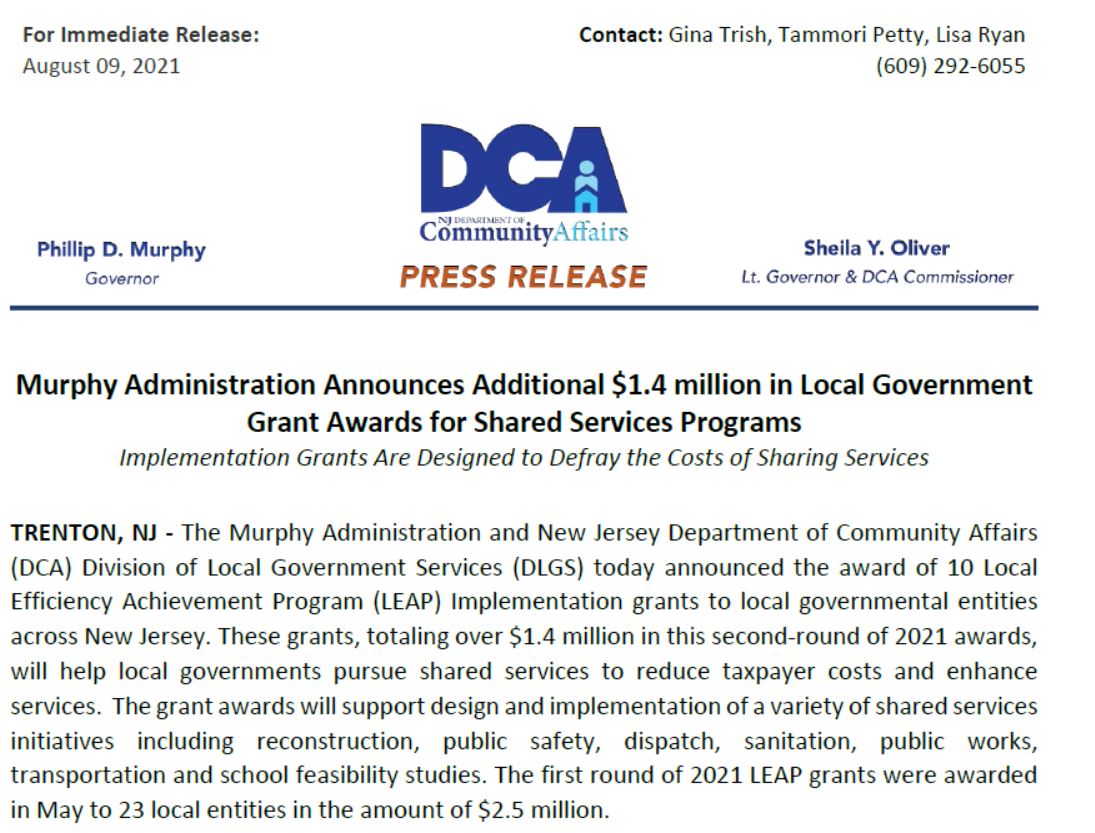 In his post on Planning Board Application 2021-19, Bill Orr says that “the proposal was to build one residence on the left and another on the right of the historic home”.

Orr claims to be “reporting local news” and information for residents.  He goes as far as to say I am “rarely a reliable source of information“.

So what is a member of the public supposed to do when we claim diametrically opposite views on a situation?

Ask for evidence and review it critically.

Case in point: The Brinckerhoff-Demarest House*

END_OF_DOCUMENT_TOKEN_TO_BE_REPLACED

This is a guest post from reader and group member Yoni Bak.

I reached out on facebook to the candidates for BOE about their positions on vaccine mandates for staff and mask mandates for students. I asked in a neutral way to try & get their honest opinions. Presented without comment are the responses I received from Victoria Fisher, Lori Fein, Yassine S. Elkaryani & Rachel Schiffman Secemski.