Some roads in town are concrete.  Others are blacktop.  Every now and then, you’ll find one that’s still gravel.

The History of Road Surfacing in Teaneck

The difference in pricing and the durability of the materials are significant factors in how we chose to surface roadways.  Concrete road surfaces can last nearly 100 years, while blacktop may need to be milled and re-paved every few decades.

How did they choose?

If you had your choice (but had to pay for it), what would you choose?  Would the amount of time you were planning to live on your street be a factor?

(macadam is a type of road construction, pioneered by Scottish engineer John Loudon McAdam around 1820, in which single-sized crushed stone layers of small angular stones are placed in shallow lifts and compacted thoroughly. A binding layer of stone dust (crushed stone from the original material) may form; it may also, after rolling, be covered with a binder to keep dust and stones together. The method simplified what had been considered state of the art at that point.)

When it was time to pave Lambert Road in 1936, there was a decision to be made.  Concrete, Macadam or Blacktop?  The cost difference was not insignificant.

So, as was customary, the Council sent a questionnaire to the residents to see what they desired.
Results:
16% Concrete vs 50% Blacktop (28% didn’t answer and 6% would have rather not paved at all) 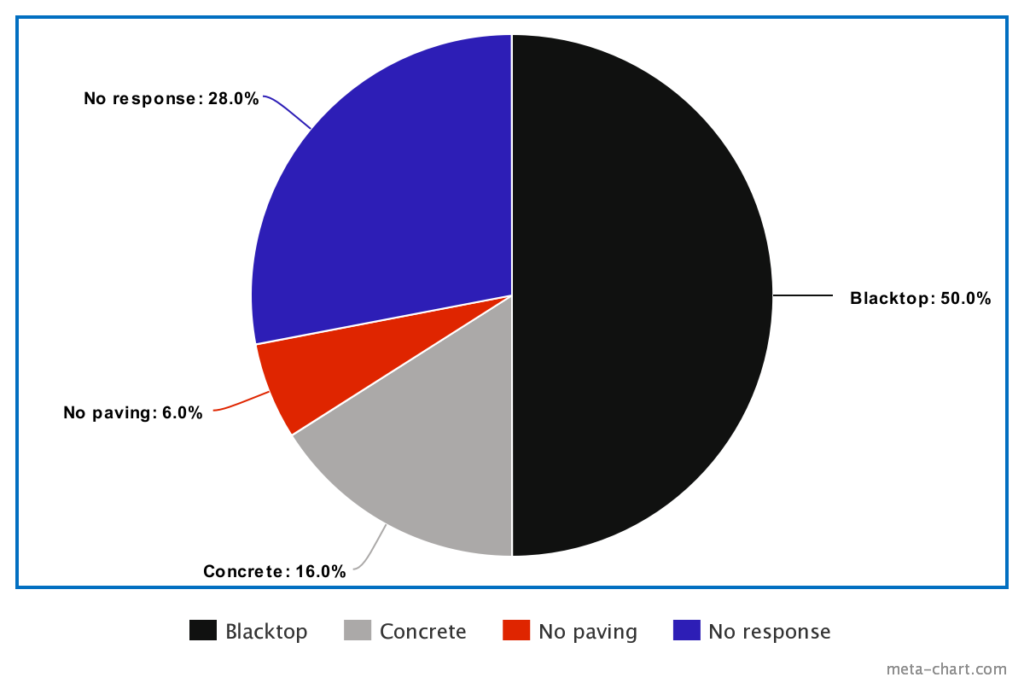 Result: Blacktop
With a clear majority, this was an easy call.  The contract went out and the street was paved with blacktop.

What happened when there was no clear majority to be had among the resident responses?

Step 1: Break out the ruler. 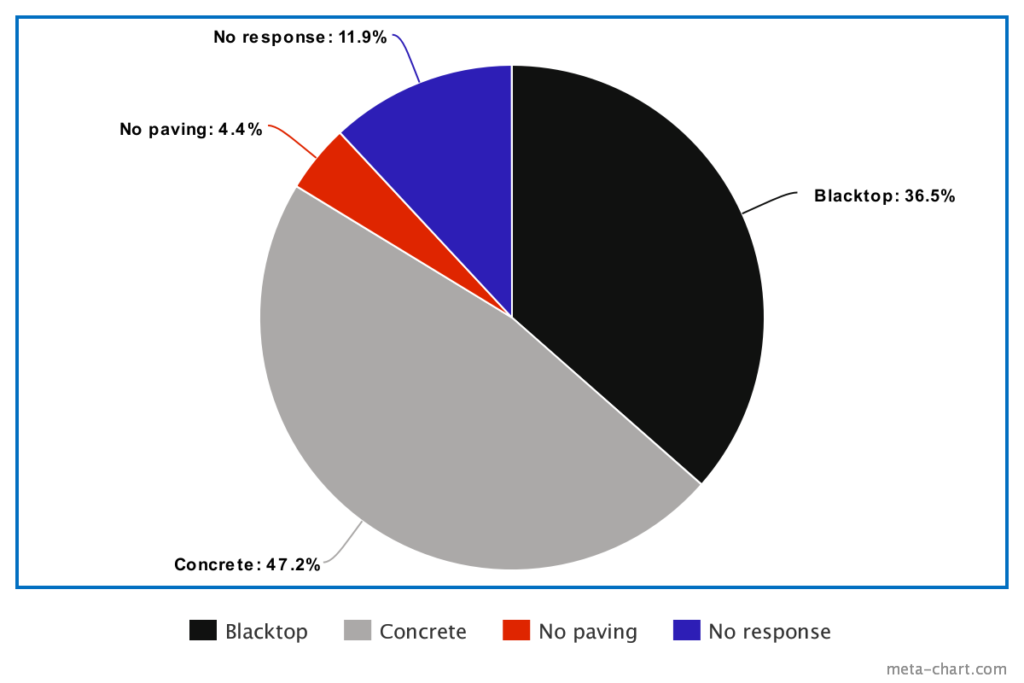 As you can see below, the manager took a few liberties with the results and decided that, all things being equal, a concrete preference would be nice.

That didn’t sit well with the majority of those responding that didn’t want to shell out the extra cash.

Sometimes, the residents requested a payment plan.  Claremont Avenue wanted concrete (at least 62% did), but requested 10 years to pay it off. 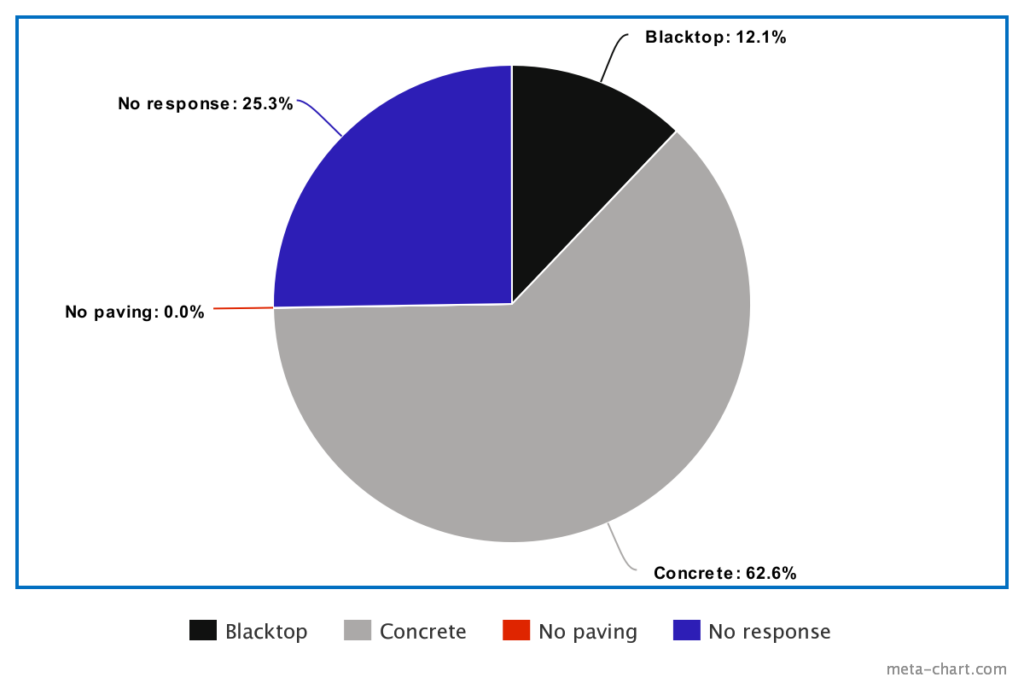 Today, Claremont still has its original concrete.  83 years without having to re-pave the road.

And so the process continued.  Block by block, as residents decided for themselves (with a little input from those they elected) as to whether we would have concrete or blacktop throughout the township.

Unless they said: No.

On December 30, 1952, the award was set to go be approved to surface Marion Street.

The residents were, to put it mildly, not pleased with the cost.  You can see the comments from several, below. 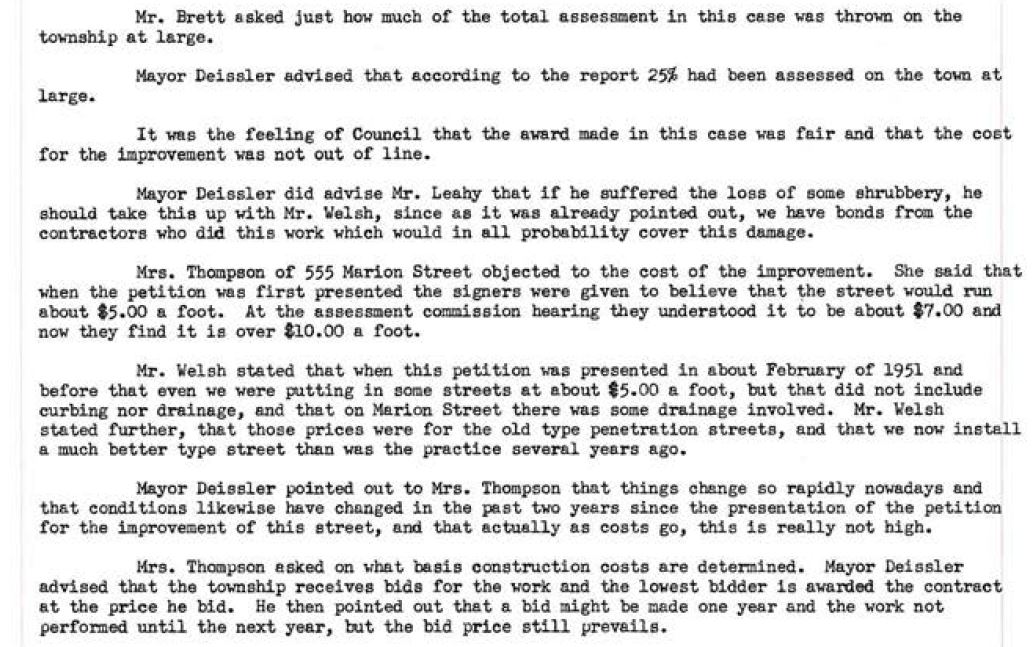 Despite the fact that the Township would be contributing 25% of the cost, they still objected. 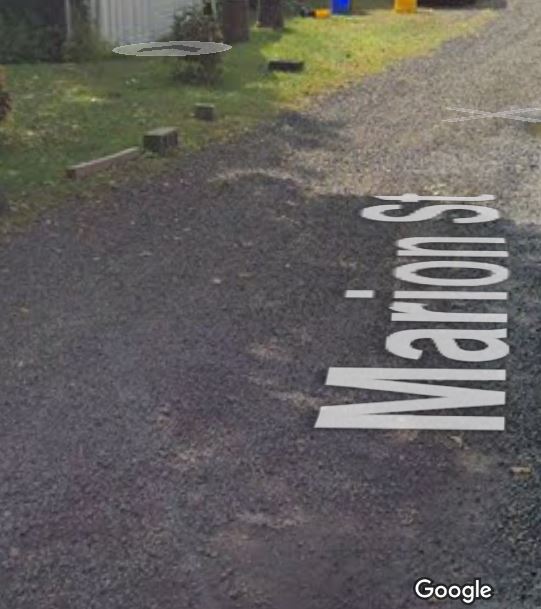