Teaneck is a town with a unique and proud history. I’ve created this blog to provide a place to exchange ideas and share visions for how to solve the challenges facing the town in a manner that brings diverse groups of people together.  Contributors are welcome.

Please join us and help Teaneck live up to its promise.

I also created a Facebook Group where residents can bring up and discuss topics about the Township: Teaneck Today

I got a ticket.

I parked in front of my house on October 10th and I got a summons for doing so.

The summons alleges that I violated  Ordinance 36-12.1 — PROHIBITED PARKING AT ALL TIMES EXCEPT SAT, SUN, HOLIDAY

And in fact, I admit that is the correct ordinance for my block (the code is now text searchable, so it’s easy to find).
I will also admit that the correct signage exists (my car was parked right under the sign). END_OF_DOCUMENT_TOKEN_TO_BE_REPLACED

In October 2020, the Al Ummah Community Center (also known as AUCC) commenced a lawsuit against the Township, the Zoning Board of Adjustment, Building Department officials, and others.

This week, Judge Kevin McNulty dismissed the amended complaint (without prejudice) largely for the reasons I outlined back in October 2020.
Teaneck was represented by Thomas B. Hanrahan of Hanrahan Pack, LLC.

What was the suit about?

UPDATE (11/20/22): Plaintiffs filed another amended complaint on Friday, 11/18.  It will take a little while to evaluate the new / changing claims)

“This case is about religious liberties and the discriminatory and unequal practices of the Teaneck, its employees, and its Zoning Board of Adjustments… Despite years and thousands of dollars spent to appease the Defendants’ unlawful and discriminatory requirements, Defendants continue to act in violation of the Constitutions of the United States and New Jersey, as well as the Federal law explicitly prohibiting religious discrimination by discriminating against the Plaintiffs and imposing an unlawful burden on the practice of their faith.”
– Page 2 of amended complaint (Introduction) 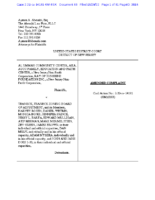 Did the town discriminate against AUCC? Or was something else going on?

As it turned out, Judge McNulty said the case was more about the difficulties of land use and getting projects through boards.

“AUCC’s frustration is palpable. It emphasizes in the amended complaint that it has been “going through this process for years with no end in sight.” (Compl. ¶213.) Adding insult to injury, the ZBA has demanded that AUCC put up more money to fund its continued application process. (Id. ¶162.) The delay and AUCC’s frustration, however, are hardly unique in the annals of local land use regulation, and the process does seem to be at least potentially moving ahead, on a revised legal basis.”
– Opinion at page 14

Let’s run through the opinion: END_OF_DOCUMENT_TOKEN_TO_BE_REPLACED

The “unofficial” results from the town are below.

Note: These do not include Early Voting or VBM, which will be added in by the County (not all numbers are yet available on their site).

But the “live” numbers (available here) seem to include the early voting totals.  Based on this data, it would appear that at least 3 of the challengers END_OF_DOCUMENT_TOKEN_TO_BE_REPLACED

Teaneck is a well-run town!

But don’t take our word for it!  There’s independent proof.

Every year, independent auditors review our municipal financial records and processes and Moody’s rates us for bonding. 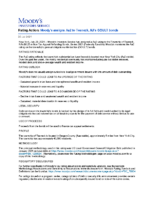 Here’s the bottom line on our deficiencies:

In my previous post, I spoke about misinformation regarding bonding and how taxation works for various projects.  Today, I want to speak to the projects contemplated for Stop & Shop, American Legion Drive, and Cedar Lane.

So what’s been happening with Stop & Shop?

Of all the issues I speak to residents about, this may be one where the most misinformation is being spread.

Most people agree that we want a robust Stop & Shop that serves the needs of the town.  At that point, the rumors spread like wildfire.

“Stop & Shop, in conjunction with the Township of Teaneck, is issuing this memo in the hope of dispelling the rumors circulating in the community that Stop & Shop’s Teaneck store might close.  The Township never asked or pressured Stop & Shop to close its store and Stop & Shop is not looking to close or move from its present Teaneck location on American Legion Drive.”

So what is the Town trying to do?

END_OF_DOCUMENT_TOKEN_TO_BE_REPLACED

One area which has a lot of people sharing misinformation is Municipal Bonding.
FACT: Teaneck’s Bonding Ratio is the lowest of neighboring municipalities (links to State numbers below).

Bonding or municipal debt is a terrific thing when used appropriately. The current council has one of the lowest bonding percentages compared with neighboring towns and comparisons to other parts of your tax bill show the benefits.

For the following three projects, would you prefer the Town / BOE tax or bond the items?

Let’s start with some basic facts:

The $399.43 can be paid through the tax levy (all at once) or bonded (at near-zero interest) to be paid back over decades.

Bonding a project or paying for it through direct levy is a policy and financial decision that affects YOU!

As you can see below, by bonding for roads, we pay them over time.  If you choose to move, you only paid for the period you lived in Teaneck and used the item.  But when the Kindergarten renovations and BOE Offices were taxed directly through the local levy, you paid all of it — in 2019 dollars, despite the fact you may not have intended to live here the following 20 years.

At this evening’s council meeting, we will vote on ordinance 21-2022:
ADOPTING A REVISION AND CODIFICATION OF THE ORDINANCES OF THE TOWNSHIP OF TEANECK

When the Township Council passes a law, we do so by ordinance.  Each ordinance lasts until it is removed.

That creates problems, such as when the State makes an update that pre-empts a local law.

Sometimes this type of State Law rule change is benign: A Teaneck-specific hands-free car phone use ordinance was passed decades ago.  When the State of NJ passed a similar State statute, it nullified ours, but because it was duplicative, nothing much changed as far as practice went (other than police citing a different rule when issuing a summons).

Sometimes, this type of State Law rule change is not benign: A resident called me a few years back because their neighbor had a pool without a fence and our code mandated fences around all pools — and they feared the worst for their kids and others.  Except, it turns out that NJ adopted END_OF_DOCUMENT_TOKEN_TO_BE_REPLACED

First, out of the gate, this year goes to Margot Embree Fisher through the local chapter of LWV of Teaneck, where she sits in violation of the by-laws of her own organization: 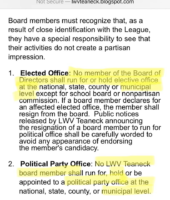 2022-06 Sample Ballot Democrats line 1
[It’s a shame that an organization with such a wonderful national presence has been reduced to sniping like this on the local level, but here we are]

The LWV Teaneck chapter sent a letter (see pdf below) to the Bergen County clerk claiming that last November Councilmember Keith Kaplan “was inside and outside of the Rodda Center polling place “for much of the early voting week” and that he “was talking with voters and handing out business cards inside the 100-foot boundary set for purposes of preventing electioneering.”

Of course, he was.

Residents at the time were writing me and other council members personally and posting all over social media about — all sorts of problems — they were having with the new touchscreen voting machines.  So he and others went to see what was going on and talk to the people running the show.

Councilman Kaplan met with Howard Cramer, the representative from Dominion Voting and he gave out his card (link).  Kaplan gave him back his own.  We also met with the head of Bergen County’s Board of Elections, Richard Miller.  He too gave us his card and we gave him one of ours.  Knowing the rules, if a resident asked to speak with one of us, we told them it wasn’t the right place to talk about such things, but they could email and we could talk another time.  I gave them a business card too.

These are intimidation tactics now?

Maybe the local LWV is just so successful they routed out all nefarious conduct?

But that’s not true, you see!

Because this actually *IS* a violation of NJ Election Law, only it’s not Kaplan violating it.  It’s LWV board member, Margot Embree Fisher (who was on the ballot that day, too! 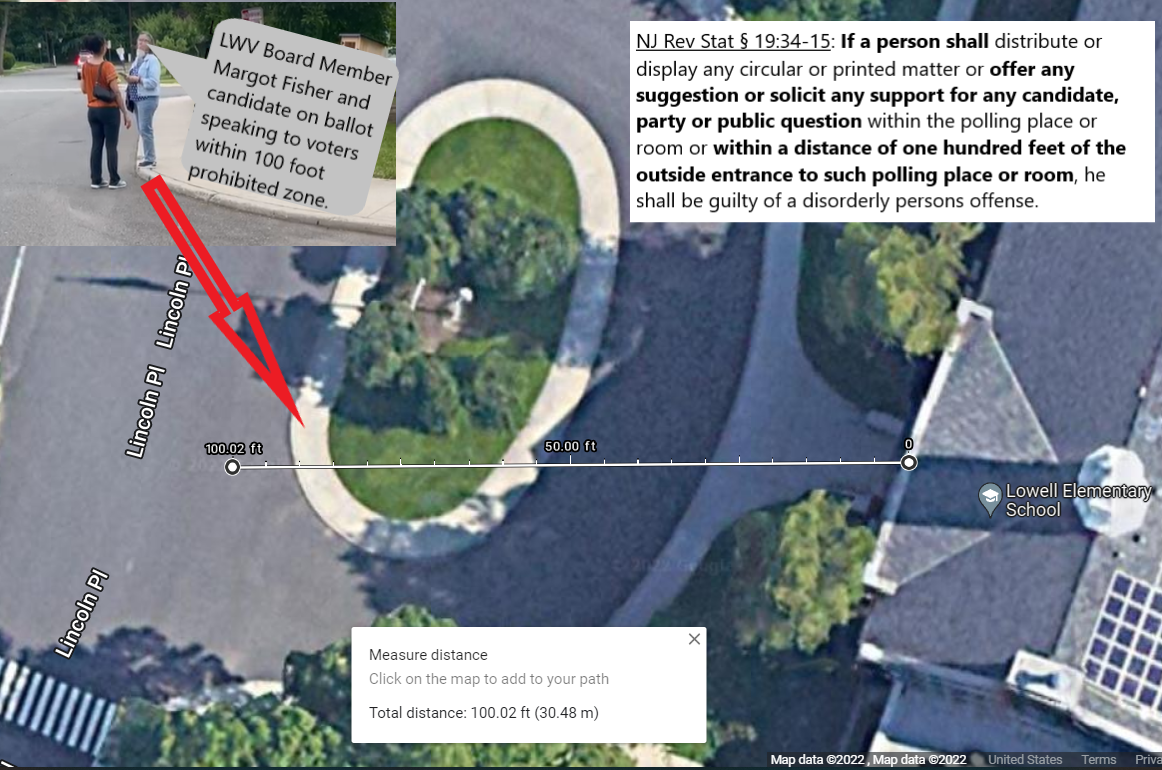 Watch Margot Embree Fisher chatting up voters on the way in to vote IN THE PROHIBITED ZONE, in the district where she was on the ballot: 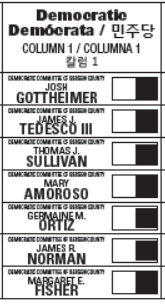 But there was an allegation that someone else did the bad stuff.  Who made that allegation?

From the police report filed by Officer Apreda that day:

Officer Apreda responded to the polling place after police dispatch fielded a telephone call from a concerned resident who reported harrassment occurring within the polling location. The caller, Margaret Fisher, was not located upon Officer Apreda’s arrival.

Shortly thereafter, I contacted Ms. Fisher via telephone. She informed me that she did not observe any acts of harassment or electioneering. She stated that she heard of Mr. Kaplan’s presence at the Rodda Center from an unidentified third party, and contacted headquarters because she was concerned that he would engage in these acts based on her estimation of his past history. I advised Ms. Fisher, who wished to retract her involvement, that any witnesses or victims of the alleged acts could contact the police department.

Got it – so the person doing actual violations called in a report to send armed agents of the State to attack someone who campaigns against her.

I join the LWVT’s call for routing out election law scofflaws.  But you might want to look in your own ranks, first.

Letter from LWV to Bergen County:

The map and list for this weekend’s garage sale is now live, the PDF list and interactive map can be found here:

END_OF_DOCUMENT_TOKEN_TO_BE_REPLACED

On Monday, April 25, 2022, the Traffic Bureau was asked to conduct a speed survey on Shepard Avenue. This request was prompted by a Shepard Avenue resident, Gina McCullars, who was concerned about a speeding problem.