“What You Need To Know About Safety & Security Throughout Our Town”

We just received the Hotel Tax revenue numbers from our CFO.

This amount represents an approximately 29.4% increase over the final 2018 number of $641,689.32.  And will rise when December numbers are added into the mix. 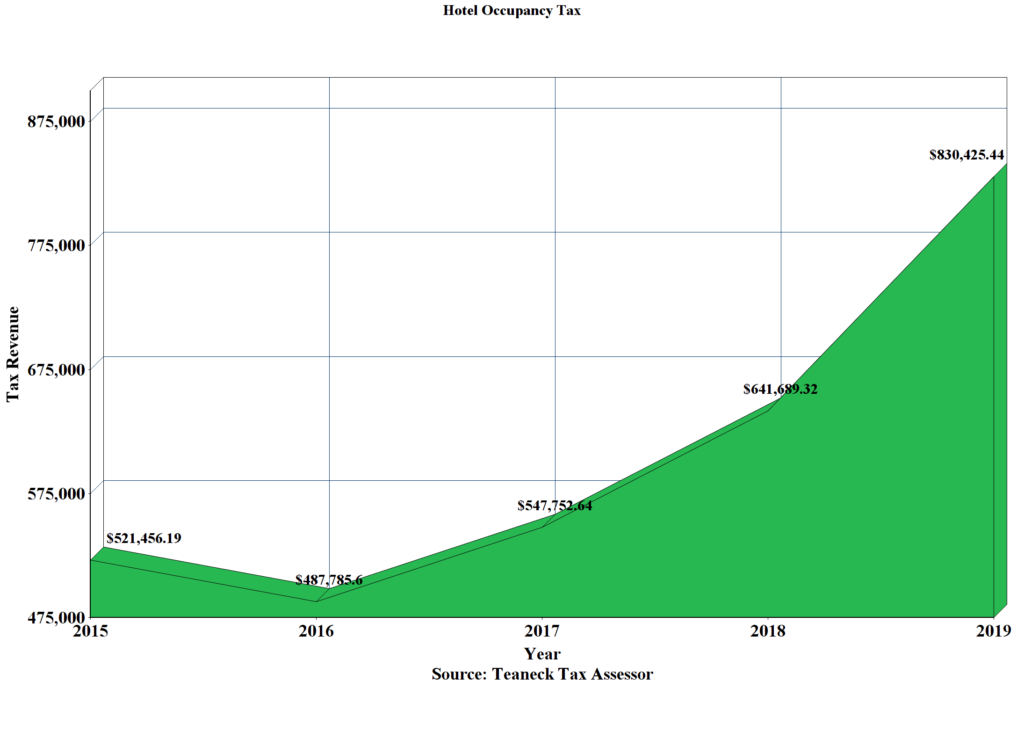 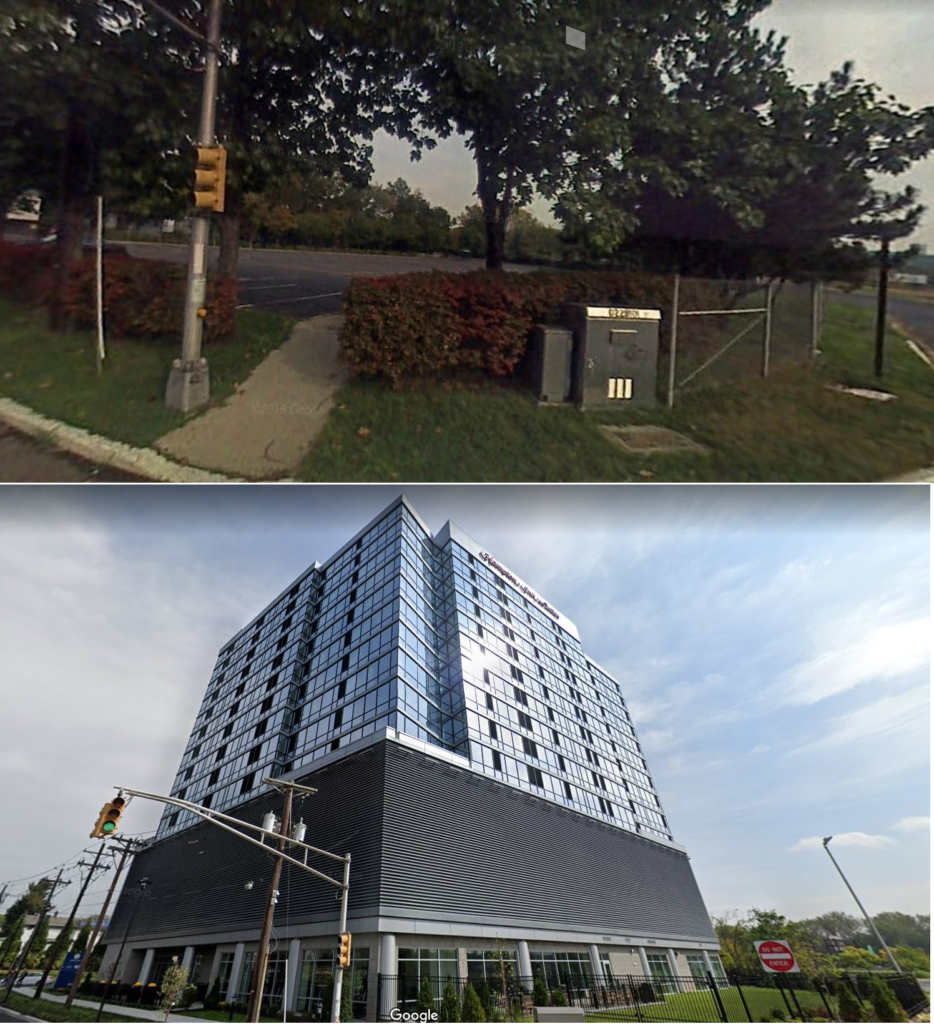 One question we get a lot is: How do we do something about cars racing down the block?

The first step is to make the township aware of the situation.  You can reach out to the manager directly (or contact one of your councilmembers).

When the residents of Park Avenue recently came before council, the police performed a traffic study, consulted the Uniform Traffic Control Manual and suggestions from the Teaneck Police Traffic Bureau were requested. 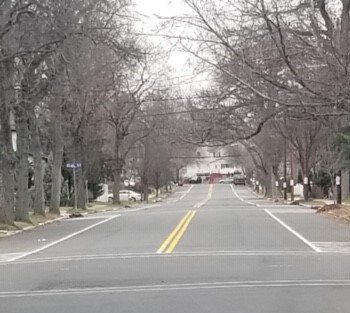 Yesterday, I deleted a posting that conflated a Board of Adjustment approving variances, with the act of spot zoning.  Sadly, this is common retort, sometimes from those that do not understand the nature of zoning rules and other times, from those trying to cast aspersions on the process.

Since it provided very little information and clouded the issue, I thought a post on the topic may make fore a better, more informed discussion.
(In the interest of transparency, you can see his post here)

The short answer is: No.  Variances don’t ignore zoning;  they are fundamentally an inextricable part of the system.

Want proof?  Let’s start in September of 1948, as additional land in the State Street area was starting to open for development.

Notice that the establishment of a Board of Adjustment is part of the zoning ordinance?

In passing the zoning ordinance dealing with density, height and various other aspects, council knew that there were going to be times that a strict adherence would be against the property rights of some owners — and took measures to deal with that potentiality.

“Dr. Haggerty thought the very fact that Council had established in this ordinance a Board of Adjustment indicated that they did not expect it would be perfect and problems could be brought before this Board. He noted that Teaneck has a reputation throughout the country as being a township of home owners. He felt this ordinance tended to “upgrade” certain sections of the Township.” (emphasis added)

“Mayor Brett also stated that this ordinance was probably not perfect, but that it was a step in the right direction, that the Council were honestly trying to do the best thing for the Township as they see it, and if it does need revision, there is the Board of Adjustment and the Courts.” (emphasis added)
– Minutes of 9/7/48 on the passage of Ordinance 878

Role of the Zoning Board of Adjustment

The zoning board of adjustment was created by our zoning ordinance, as an independent quasi-judicial body.  The board hears evidence and decides, based on testimony, whether or not a requested variance is appropriate.  Most important to note is that when they decide, they are acting in accordance with the procedure that created the zoning laws.

There are many criticisms of applications before the board of adjustment and this post is not about the merits (or lack thereof) of any particular critique.

But there is no question, that the board of adjustment was created to deal with exceptions.
Nor is there a question that future exceptions were contemplated when the zoning laws were drafted.

“[T]he men and women who come Teaneck and build or buy their homes have created the value on this piece of land… and they are the ones who are entitled to consideration. He stated he did not know if he was in favor of the ordinance as it stands, but that he might want to see it changed somewhat. He believed there could be zones where exceptions to the stringent regulations could be accepted, and for that reason he would like to consider the ordinance more before he passed on it.” (emphasis added)
– Councilman Milton Votee

“Councilman Votee agreed with Councilman Deissler that the home owner is the one who owns most of the land and should therefore be the one to be considered. He said he would vote for the ordinance tonight with the understanding exceptions can be made.” (emphasis added)
– Minutes from the hear of Ordinance 878

When it comes to claims of strict enforcement of zoning, many times, advocates focus on specific zoning rules, ignoring the relief valves that were intentionally created by them.  One extreme example residents may remember occurred in the 70’s when opposition to a synagogue located in a residential zone grew to a fever pitch.

In 1974, when Beth Aaron was denied a variance for a synagogue on Queen Anne Road by the Board of Adjustment, the Court found they acted inappropriately.  The decision to appeal deadlocked 3-3, with one of the dissenting votes, Martin Cramer, stating, “the best reason not to appeal was that such a move could endanger the entire zoning code.”

A few years later, in 1979, when a Rinat Yisroel wanted to obtain a variance, some 200 letters came pouring in from residents, urging the Council to interfere with the variance process.  Residents insisted that the township “uphold[] the laws “which were written to protect my personal and property rights”, as per a statement from Mayor Hall.

The Mayor also went on in response:

“To begin with, the laws which were written to protect a citizen’s personal and property rights are the same laws that created the Board of Adjustment.  This statutory board has an obligation, among others, to determine whether strict observance of the zoning ordinance is unfairly depriving a property owner of the use of his property.

If the Council were to announce that it will not approve any variance for a house of worship on a sub-standard lot in a residential area, as this letter requests, then the Board of Adjustment could discontinue hearing any applications for such variances. The only problem is that the Council probably would end up as a defendant in a court case — charged with violating the very laws we are being called upon to uphold.” (emphasis added)
– Statement of Mayor Frank Hall on 5/22/79