On Monday, April 25, 2022, the Traffic Bureau was asked to conduct a speed survey on Shepard Avenue. This request was prompted by a Shepard Avenue resident, Gina McCullars, who was concerned about a speeding problem.

A site survey determined that Shepard Avenue is a twenty-five-mile-per-hour two-lane roadway that runs east and west from Teaneck Road to The Englewood line. It is a residential neighborhood that does not typically see a large volume of vehicular traffic. Parking is allowed on both sides of the roadway in most sections, leaving enough room for opposing traffic to pass each other safely.

On Monday, April 25, 2022, PO James Hoover #339 placed the Speed Sentry traffic analyzer in front of 149 Shepard Avenue, to collect data from vehicles traveling eastbound towards the Englewood line. The analyzer was retrieved on 5/2/22 and the data was downloaded for review.

After reviewing the data obtained by the traffic study, it appears that there is a slight increase in the acceptable 85th percentile speed which was revealed to be 31 MPH. I believe that some vehicles exceed the speed limit at times, but that it is not an excessive speeding problem. The Traffic Bureau will place the message board with radar on Shepard Avenue for a week to educate motorists on the posted speed limit and their current speed. As a follow, up we will conduct several radar enforcement details to ensure adherence to the posted speed limit.

If you require anything further information, please contact the Traffic Bureau at your convenience. 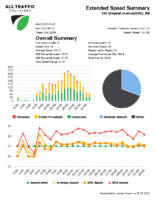 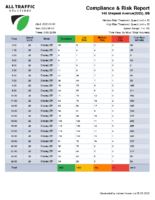 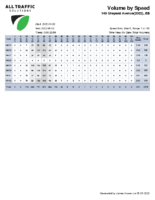 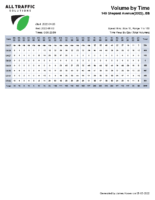 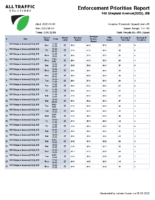