In his post on Planning Board Application 2021-19, Bill Orr says that “the proposal was to build one residence on the left and another on the right of the historic home”.

Orr claims to be “reporting local news” and information for residents.  He goes as far as to say I am “rarely a reliable source of information“.

So what is a member of the public supposed to do when we claim diametrically opposite views on a situation?

Ask for evidence and review it critically.

Case in point: The Brinckerhoff-Demarest House*

(* In the interest of full transparency, I attended both hearings before the planning board and I attended the THPC hearing, as well.  I spoke at the January 18th hearing against the planned subdivision and did not speak at the meeting yesterday.)

Here’s what Bill Orr had to say on a post he made yesterday:

“8/13/21: The proposal was to build one residence on the left and another on the right of the historic home. With only two brief presentations from the owner’s team, a short discussion among members, and no public opposition, the plan was unanimously approved.”

In the comments, Board of Education Trustee Victoria Fisher responds:

“What a shame. A beautiful home on a great, wild property. This type of shortsighted cashgrab is taking all of the character out of our Township.”

“Victoria Fisher Yes. What the property owner is doing is placing one new home on the left of his house and another on the right. It’s a tight squeeze and will detract from the historic home.”

The initial application sought to subdivide the property into three rectangular parts.

While each was well over the amount of square footage required (mostly owing to the depth of the property), each frontage was slightly shorter than allowable under the Township code.

Sometimes, this is an acceptable reason for the issuance of a variance.  If there’s a reason the subject property is different (e.g. topography or features) that would satisfy the criteria for a planning board to approve a subdivision.

That did NOT occur here.

More problematic, the property in the middle (with the historic home), would lose a lot of the character it currently retains.

For those reasons (and more), the planning board denied the application for subdivision last January.

You can watch the entire presentation here: Planning Board Meeting of Jan. 28, 2021
(screenshot below appears about 30 min. into the hearing) 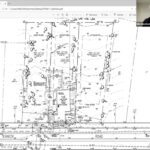 I’ve modified the January plans to make it clear what was being proposed:

The owner of the subject property is requesting to split the property into three lots [red, green (with the Historic Home) and yellow, in the pic below] 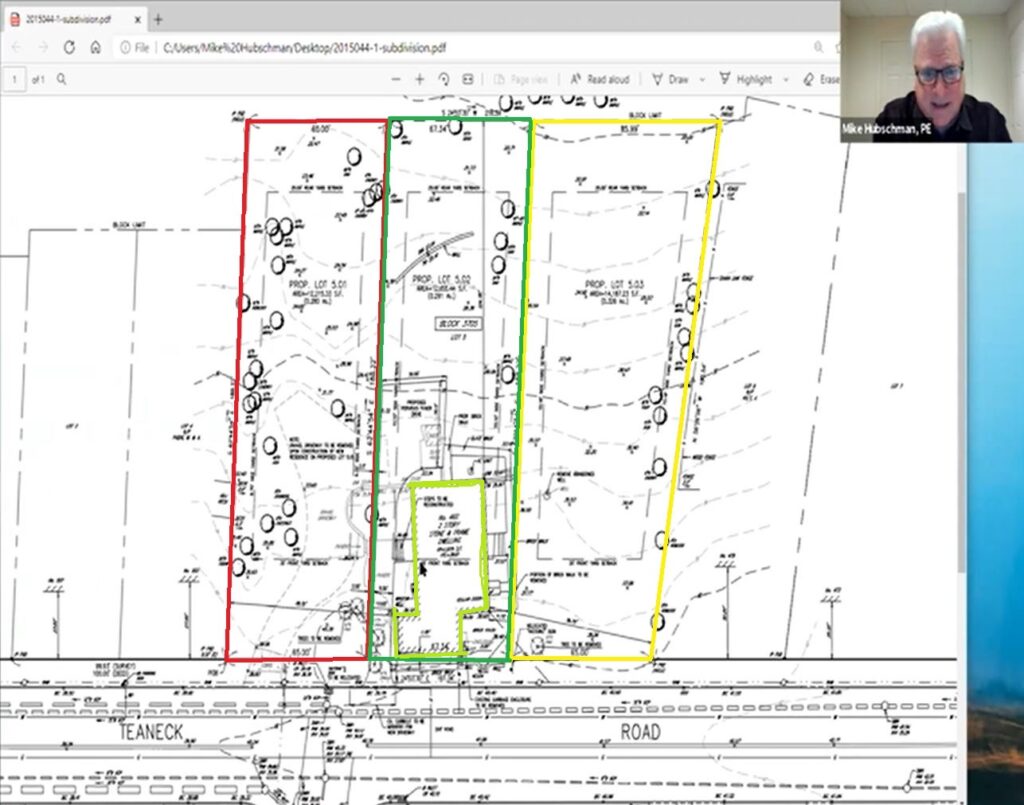 After failing to get permission from the Planning Board in January, the applicant sought a different type of design, which would preserve the character of the historic home along with its accompanying space, yet would still permit the owner to benefit from the highest and best use of the property.

The plans (link to agenda with plans) were presented to the Teaneck Historic Preservation Commission (“THPC”) for their review and THPC member Theodora Lacey moved to issue a Certificate of Appropriateness.  The Certificate (available here with vote) was issued by the THPC on June 15, 2021 (unanimously approved).

The new plans created a subdivision into three lots, by using “Flag Lots”.  This is a special type of subdivision.

I’ve modified the plans to make it clear what is being proposed here:

The owner of the subject property is requesting to split the property into three lots [red, green (with the Historic Home) and yellow in the pic below] 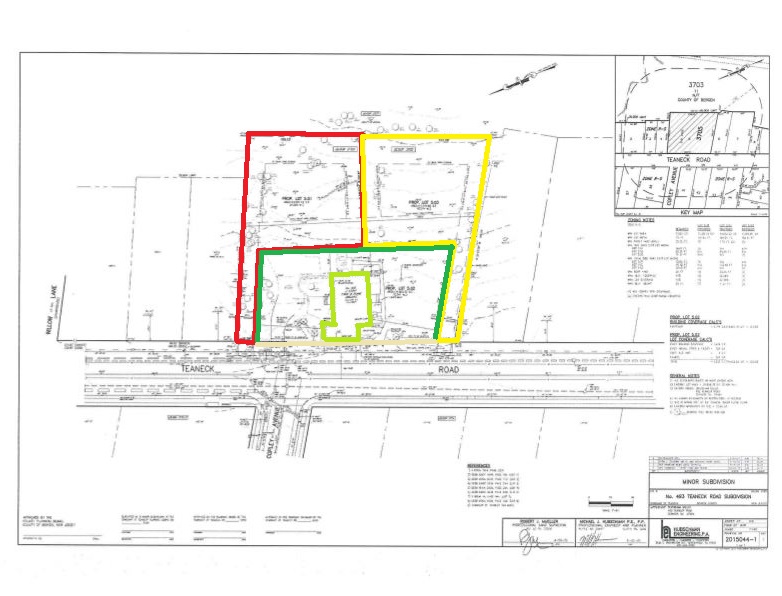 The difference here (as opposed to the initial application), is that the historic home remains in the center with a spacious amount of land on each side.  It also retains the character of the location.

There’s a small space on the ends of each side, where a long driveway will extend to the back.  Lines of trees behind the historic home will obscure anything that happens on the newly subdivided lots* and extend the country feel of the setting.

This was unanimously approved by the THPC and met with unanimous approval at the Planning Board.

So why would Bill Orr claim that homes are going up to be “placing one new home on the left of his house and another on the right”?

If Mr. Orr (and Ms. Fisher) attended these meetings, they are willfully misleading the public.

If they did not attend the meetings, the public should be aware that this is absolutely an inaccurate representation of what happened. And Mr. Orr should revise his post (he should also be more careful about spreading misinformation, especially when the reputations of those such as the ower / members of the Planning Board and THPC could be adversely affected by his “coverage” of events).

* There’s a terrific history at the link and for further reading, I highly reccomend Mildred Tucker’s History of Teaneck (available at the Teaneck Library).

** At this time, there are no plans for homes on these lots and any new plans would be subject to normal permits / variance / waiver rules in place at the time of the application.