On Monday, July 2, 2018 at 6:30 pm, the Teaneck Council will hold the semi-annual reorganization meeting at the Teaneck Town Hall.
We will be swearing in Gervonn Romney Rice, Elie Y. Katz, Keith Kaplan & Jim Dunleavy.

In addition, Council will elect the Mayor & Deputy Mayors, among others. 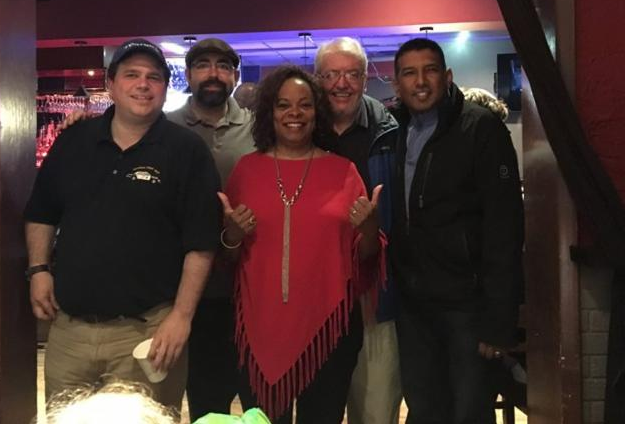 For those that may not be familiar with the way the Teaneck Council operates, I’d like to offer some additional information:

How does our system work?
Teaneck utilizes the Council-Manager form of Government under the Faulkner Act.  What that means in practice is that residents choose their council-members “at-large” (i.e. you vote for everyone, as opposed to a ward system like neighboring Englewood) and the Council as a body, once elected and seated, chooses a mayor from among the council-members (as opposed to municipalities where the Mayor runs separately).

What do residents vote for? How are positions chosen?

Teaneck residents vote for council-members every two years.  This year 4 of the 7 council positions were up for election and in two years, the remaining 3 will be up for election.  We keep alternating between the 4 and 3 every other year.

What is the difference between a Mayor and a Manager?

Under the Council-Manager form of government, the mayor presides at all meetings, but gets the same vote as all other council-members.  He or she gets to appoint certain members of boards as vacancies arise and can execute documents as permitted by the code.  The manager acts as the CEO of the Township and handles the day-to-day administrative functions.  You can find the rules under Title 40:96A-81.

How does the Mayor get chosen and how long is their term?

Under our system, there is a “reorganization” meeting every two years that takes place on July 1st, following the May council elections (this year it will take place on July 2nd).  At that meeting, new members are sworn in and the newly constituted council votes among themselves as to which of them will be mayor, deputy mayor I and deputy mayor II.  They will also select several other positions.  The rules for how this works can be found in Sec 2-13 & 14 of our code.

“The term of the Mayor shall be for two years and shall expire upon the election of a successor at the next organizational meeting of the Council.”
(Sec. 2-13)

“Except as otherwise provided by law, for the first meeting on adoption of the Council-Manager Plan of government, the Council shall, on July 1 following the municipal election, assemble at the usual place of meeting of the Council, on or after 12:00 noon, to organize itself and elect one of its number as Mayor, another as Deputy Mayor and make such other appointments, perform such other functions and carry on such other business as is appropriate.”
(Sec. 2-14)

What are the rules for how the council chooses the mayor? Does the title of Mayor go to the highest vote-getter?
As per the code, at the reorganization meeting, the newly composed 7 member council votes to choose the mayor.  The code and underlying law does not dictate that the highest vote-getter be appointed mayor.  Since only a portion of council runs in any particular election, the number of votes received only applies to a subset of the council.  Historically, that may have had some correlation, but it’s never been an official requirement or policy as far as I could research.