The Record, in an article published on August 28th, 2019, discussed upcoming plans for conversion of the Eugene Field School and transfer of administrative offices from their current location in Eugene Field to Thomas Jefferson Middle School.

TEANECK — The township Board of Education is moving forward with a plan to convert Eugene Field School, which has been used for decades as the district’s administrative offices, into a prekindergarten school.

The district plans to spend $2.4 million on renovations to Eugene Field School, $455,000 to rid the building of asbestos and $2.75 million on modular buildings that will house the administration, under a measure the board approved last week.

Both projects and the respective costs were discussed at the Board of Education meeting of Sept. 18th, 2019.

After contacting several members of the board of education, two trustees have confirmed that bids for the projects were received / discussed.  They also confirmed that costs were presented at the Special Board of Education Meeting held yesterday.

While no formal action was listed on yesterday’s agenda*, following the presentation, a “walk-on motion” was submitted to approve the projects.
You can see a copy of the resolution here: January 22, 2020 Walk-On Resolution 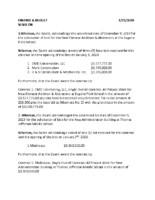 Last night’s approval represents a cost difference of $1,559,273 over the original budgeted amount, presented in September.

* The agenda for the meeting listed:

Discussion of Bid for: New Admin Bldg and Eugene Field Building and potential Contracts with Vendors