The Township has released the independent auditor’s report for 2017.

Part I contains the Independent Auditor’s Report and Report on Internal Control Over Financial Reporting and on Compliance and Other Matters Based on an Audit of Financial Statements Performed in Accordance with Government Auditing Standards.

Part II contains a Schedule of Findings and Recommendations.

The entire report can be found after the jump.

Here is the sole finding (listed on page 99) of the audit: 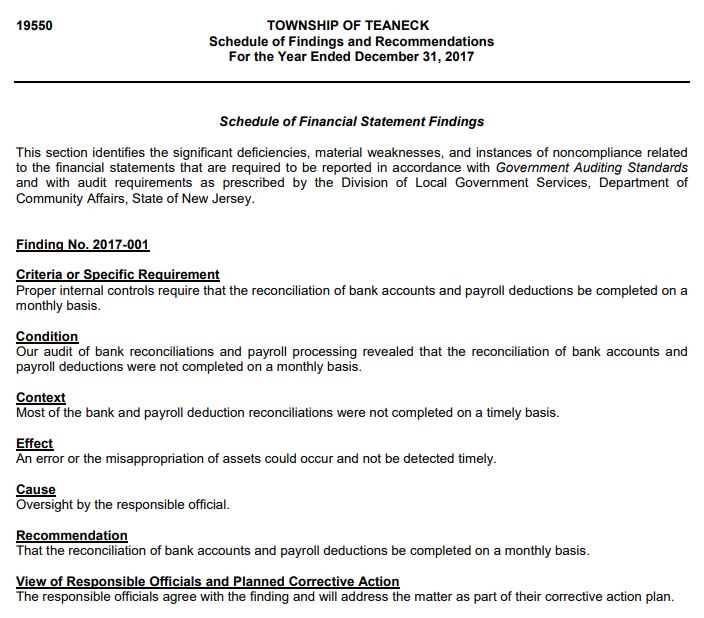