NJ is part of the PJM interchange for electricity.  PJM has a horrible history of meeting clean energy goals set by the State and consequently, instead of generating clean energy, providers like PSE&G have met quotas by purchasing certificates from power plants in other areas that count towards the clean energy mandate.

The CCA program extends the ability to purchase those certificates (called RECs or Renewable Energy Credits) from third-party electric suppliers.

Some towns seem to have had a rocky start, unable to find bids, some found initial bids, but couldn’t find renewals.  The information (pro and con) is laid out below.

My hope is that people will share and read about the program to have an informed discussion at our subsequent council meetings.

What is Community Choice Energy Aggregation?

The general concept behind the program is to allow an entire County / Town(s), to use their collective purchasing power to decrease electric rate prices for clean energy supply.  In theory, if you can make clean energy less costly through aggregation, everyone can replace dirty energy sources while spending the same amount they paid through PSE&G (or at a small discount).

The legal basis for the program can be found in the NJ legislature’s  Government Energy Aggregation (“GEA”) Act of 20031.  It permits counties and municipalities to create an ordinance (or resolution) to establish an “Aggregation Program”.

It does…. somewhere.  But only if the Municipality can find a bid.

I went through the towns listed by Food & Water Watch2 (an advocacy group) to determine how successful towns in NJ have been using the program.  Here are some of the highlights:

“The Township initially went out to bid in 2018 on two separate occasions; however, unfavorable energy market conditions in 2018 prevented the Township from being able to obtain a beneficial contract for residents.”

Two years ago, Maplewood Township joined with neighboring Essex County towns Glen Ridge, Verona, Montclair and South Orange to form the Sustainable Essex Alliance (“SEA”), for the purposes of seeking bids to purchase energy for residents with the twin goals of increasing residents’ access to high-quality green energy and reducing the cost of electricity. Maplewood serves as the Lead Agent for this aggregation.

On their website, they detail the programs involved as well as their experiences.  It’s well worth the read in full.

Highlights of the Maplewood Experience:

The new provisions are laid out on the Maplewood site:

“Under the new contract with Energy Harbor, the baseline product will again provide participating residents with power supply that has nearly double the renewable energy content required of PSE&G, at a price of $0.12696/kWh, which is below the current average Basic Generation Service tariff price of PSE&G.  Therefore, residents can expect to receive power supply under Round 2 of the SEA program that is greener than utility-provided power supply, and at a cost  expected to be slightly lower than the cost of PSE&G power supply over the contract term.”

Each transfer requires new opt-out provisions.  For that reason, the State says:

Maplewood has a similar warning for their residents:

Expect Solicitations from Other Energy Providers

You are likely to again receive solicitation phone calls and letters directly from 3rd party suppliers offering green energy and different electric rates. Be aware that these solicitations are not associated with the SEA, are not leveraging the purchasing power of your municipality and may not include high quality renewable energy sources.  The only 3rd party supplier associated with the SEA is Energy Harbor.

Can the municipality require that clean energy come from local sources?

Yes.  In fact, the provision of the Highland Park, NJ ordinance does this:

Any requests for proposals for electricity generating services must state that no contract will be awarded unless there is costs savings for customers as well as renewable energy sources. Renewables should be sourced from within the region currently serviced by PJM Interconnection (PJM) a Regional Transmission Organization to the maximum extent possible. The Borough Council may not execute and enter into a contract for electricity generating services unless the above two stipulations are satisfied.
– Section 84-3(c)

Unfortunately, that provision for local clean power, coupled with the requirement that the rate must be lower than the standard PSE&G rate, meant that no qualified bids were received.

“The goals of an RGEA program are to achieve cost savings while increasing the percentage of renewable energy in every resident’s electric bill.

The Borough released an RFQ seeking bids from third party suppliers for electrical supply that would beat PSE&G prices and increase our renewable energy portfolio. The bids that came back did not include the cost savings required by our ordinance so they were rejected. However, Gabel Associates continues to watch the energy market and is authorized to re-release the RFQ at a later time if the market improves.”

What is the process for residents if CCA is adopted?

The first step on the path to Community Choice Aggregation is either a Council ordinance or public referendum (a group of local residents has already started collecting information for such a public referendum).

Assuming passage, the next step would be to partner with a consultant to create a request for proposals/qualifications, to bid for our energy needs.  The way the RFP/RFQ would be fashioned is subject to whatever criteria are requested, so it’s beyond the scope of this post, but they typically contain a provision for the consultant to be paid via a small percentage of the energy consumed, direct from the energy company.  In other words, you pay your bill, and a small portion of that bill will go back to the consultant that orchestrated the deal.

What are potential savings for residents?

According to Food and Water Watch, an advocacy group pushing CCA, the Maplewood and Essex County group will save more than $1M for 50,000 homes (approximately $20 per year).  They say that Livingston may see savings as high as $150 per year.

Why is such a program necessary?

In America, the electric grid is split into interchanges.  We are in the PJM interchange, here in NJ.  The map can be found here: 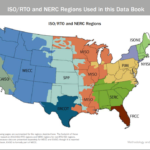 Unfortunately, the PJM interchange has one of the worst records when it comes to renewable energy content: 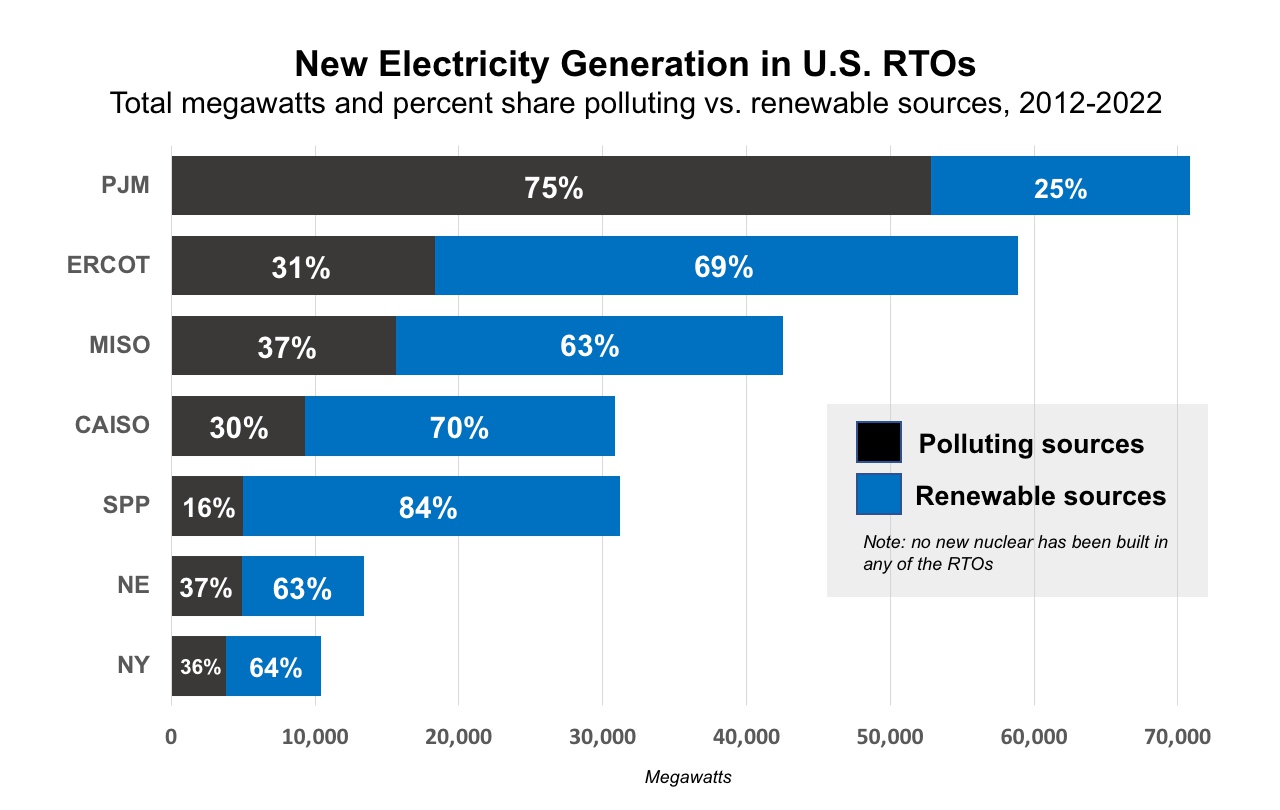 “On quick glance, PJM, which serves an area providing electricity to roughly 65 million customers stretching from Illinois to North Carolina, certainly stands out. Over the 10-year period, just about as much polluting generation will have been built in PJM (52,829 megawatts) as in all the other RTOs around the country combined (56,941 megawatts).”

In fact, we not only have the dirtiest sources for electricity production, but we are moving towards clean energy at slower rates than everyone else. 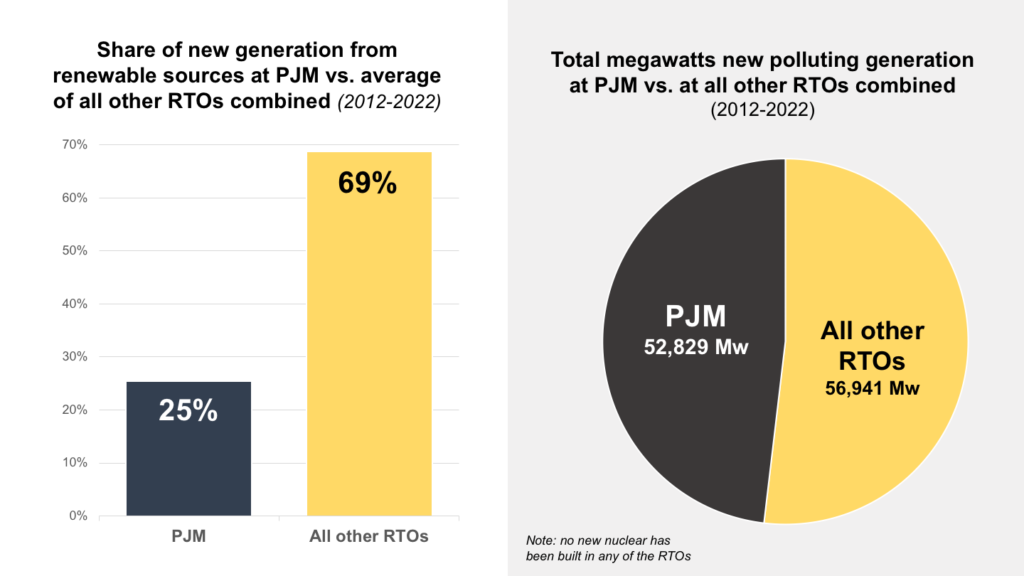 Yes, the State does have a requirement, but they allow energy suppliers to purchase “credits” from other locations.  As an example, a clean power wind generation plant in the middle of the country might find it easier to sell the “credit” for generated electricity to NJ than to sell it individually to someone in Kansas.  They can do so through electricity markets, and the State of NJ counts that towards their clean energy requirements.

“Specifically, the current State-required 23.5% content consists of about 5.1% in-state solar, about 15.9% Class I renewable (primarily wind power but also landfill gas-to-energy and small hydro) located within the regional power grid, and 2.5% Class II renewable (waste-to-energy) located within the regional power grid.  Suppliers meet this State-mandated content through the purchase of RECs.”

Once you move to CCA, they expand the number of credits.

How do they get the Clean Energy from Kansas (or wherever it’s produced) to us, here in NJ?

They don’t.  It’s a transfer on paper, but the actual electrons being used don’t move that way.

If we aren’t getting the clean-air benefits, why should we want CCA?

Cleaner air somewhere is better than not having it, so just because the benefits are seen in REC producing locations, isn’t necessarily a bad thing.  Think of it as supporting clean air technology, and benefits from investment in technology will make every iteration of clean energy incrementally better globally.

What’s the next step?

At the last council meeting, the issue of Community Choice Aggregation was discussed.

I mentioned how I was in favor of the general concept, but I brought up the issues Maplewood has faced (namely that residents switched to CCA, back to PSE&G and back to  CCA, because bids didn’t come through).  Since each flip comes with opt-out mailings, communications from third parties, etc… and it can be a somewhat convoluted process, I have reservations that such a move would be good here in Teaneck.