Here is how Councilman Haggerty described the problem in January of 1948:

Councilman Haggerty – in this connection, Mr. Mayor, I would like to make a few remarks on the subject of sidewalks. It is my opinion that the man who owns a sidewalk is rankly discriminated against, in many ways. He has to carry insurance in case anyone gets hurt; he has to have the sidewalk repaired if it gets broken or pushed up by tree roots; and he is supposed to clean it of snow within 24 hours after a storm. On the other hand, the man who lives across the street, and who has no sidewalk at all goes scot free. It is a knotty problem to be sure but I am not of the opinion that we should put the heat on the man who “happens” to have a sidewalk at this particular time (emphasis added).

It was a costly problem to solve.  The residents chose to get sidewalks and now, the cost to repair and replace broken slabs could be enormous, and only benefit those with them in front of their homes.

Another problem is that the town would be obligated to finance the fixing of ALL sidewalks, while residents, in theory might never do it.

There was an implicit deal — if your sidewalk was a hazard, it could be required by the Town that you fix it.  But neighbors are generally friendly, and anything short of a true hazard meant that no one was likely to complain because they had to see you again the next day.  The notion that people generally were cognizant of the costs they would be putting on their friends in the area, meant that this typically wasn’t abused.

Erosion of norms leads to a rise in complaints

Sadly, the very tools that were enacted so the weakest among us could obtain relief when appropriate, can also be used by someone with a vendetta or personal grudge.  Don’t like that neighbor?  Report them!

But when someone did complain out of spite, it was typically localized to a block or two.  The damage wasn’t very extensive.

Even still, the problem was probably a one-off, and it’s not like a sidewalk slab needs to be replaced all that often.

Elie Jones and the weaponization of codes & regulations

You may recognize the name if you’ve read this post on his exploits against the Township.

The Judge of the Superior Court said the following about Mr. Jones’ complaints against the Township:

“These complaints have a deleterious effect on the judicial system and the public interest by absorbing a considerable amount of judicial and municipal resources. The escalating nature of the complaints threaten the economic well-being of the Township, the efficiency of the Teaneck Municipal Court and its conflict court, Bergen’s Vicinage II Municipal Court and further serves to disrupt operations of all.”  (emphasis added)(page 12)

A few weeks back, a resident of Margaret Street wrote me (and the rest of the council) outraged that her sidewalk slabs had been the target of a complaint.  She didn’t understand why the township’s tree ruined the slab, but she was stuck with the bill.

Looking into the complaint, I found the information in my previous post (regarding the origins of sidewalks and why many homes don’t have them to this day).  But, I also found that the number and type of complaints have changed over the years.

Now, instead of neighbors making a claim out of a well founded need, there’s rampant abuse, with one individual leading the destructive rampage — Elie Jones.

Here’s a sample of his complaints, some “anonymous” and some with Elie Jones’ name on them, which have surfaced in regards to sidewalk violation notices. 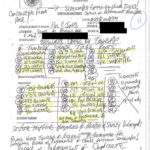 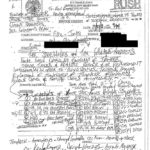 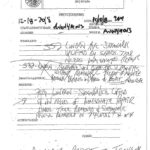 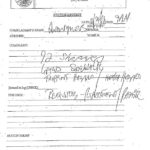 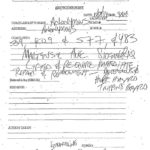 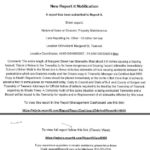 These complaints, against residents across the township, each resulted in a letter like the one sent to that resident of Margaret Street.

Ordinances regarding the maintenance of sidewalks are meant to help.  They were meant to be a shield for the protection of those that needed them.

They were not meant to be used as a sword by a malcontent with a grudge.

Whether it’s hobbling the clerk’s office with hundreds of Open Public Records requests or saddling neighbors with hundreds or thousands of dollars of fees, this cannot become the new norm.  We simply can’t afford it.

In an article this week, The Jewish Link spoke to Deputy Mayor Mark Schwartz about the issue.

“Schwartz considers Jones’ sidewalk complaints as more nuisance-making from a resident known for this kind of activity. “When you trip over a sidewalk or notice a major defect perhaps you speak to the homeowner or report it. When you walk all four corners of the town reporting hundreds of homes—the list contains full blocks—I think you are doing a lot more than having the concern of the public in mind,” he said.

Schwartz explained said he is open to and looking into alternate solutions to how the township responds to sidewalk complaints, as well as improving general sidewalk conditions, but many state laws supercede township policies in terms of how complaints are generated and how the township must react to complaints. He did note he would seek bulk pricing options for sidewalk repair in the coming months.

Now, we need to figure out a path forward.  I’m taking suggestions.

Sidewalks – the deal you didn’t know you made

2 Replies to “The code was meant to be a shield, but someone is using it as a sword”