So…I took a snippet overlaying where Bergen County has sprayed for Mosquitos the last 4 times (2018-2021). And I mean…this is almost hilarious to see. I’m genuinely interested in hearing a reasonable explanation as to how this is even possible. Do the mosquitos stop in the middle of Votee park to play basketball? Do they only cross Route 4 in one area? I mean COME ON. lol. I mean I’m willing to listen, but this doesn’t make a lot of sense to me at all. 4 years? 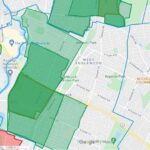 At first glance, it certainly seems odd.
So I did two things.

END_OF_DOCUMENT_TOKEN_TO_BE_REPLACED

Tomorrow, August 2, the County will be spraying for Mosquitos throughout Teaneck.

The map of areas set for spraying can be found below.

In compliance with N.J.A.C. Title 7, Chapter 30, the Bergen County Mosquito Control Division BCMCD will be applying insecticides for the control of adult mosquito populations on an area-wide basis, in Teaneck, on Monday, August 2, 2021 between 4:00 AM and 6:00 AM. END_OF_DOCUMENT_TOKEN_TO_BE_REPLACED

“Which office do I go to get my reputation back?”
– Labor Secretary Raymond Donovan after acquittal

Speaking freely on topics of concern is important.  Having smart people discussing issues on both sides of an issue and opposite ends of a spectrum informs the electorate about various issues.

As you may have seen, the Township clerk replied to a petition submitted to his office.  The reply is posted here and you can read the entire thing for yourselves.

Petitions chose to issue a statement, in which they imply that the Township Clerk acted inappropriately.

Ms Goldberg then chose to describe the issue thusly:

“Teaneck Clerk Tries to Thwart popular Grassroots Initiative” and has sent out the following to her mailing list: 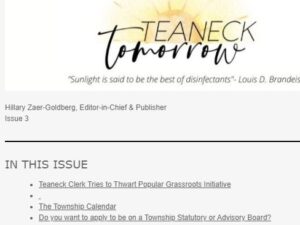 In the email, Goldberg includes the petitioners’ press release, without the letter from the clerk stating the statutory deficiencies of the petition effort, which says in part:

“It is no surprise that the One Town One Vote petition is being challenged by the Township Clerk, who is appointed by the Teaneck Township council. The council majority has been fiercely opposed to the proposed change to the status quo.”

The clerk did not “thwart” anything.  He did his job.  If there’s a disagreement over how he did so, there’s an appeal process.

To make such a claim, absent evidence is bad enough.  To disseminate that statement, without corroborating it, compounds the injury.

One reader of Teaneck Today wrote me to say:

“I don’t know the town clerk, I don’t care what his politics are. He had a right to do his job free from abuse or being used as some kind of a tool, and he in turn has an obligation to carry out his duties in accordance with the law and free from bias. I have never heard otherwise. This nonsense all started with Ron Schwartz forcing him to pose for photos as if he was receiving the civil rights act.”

Petitioners, Ms. Goldberg, and any others that shared this should immediately apologize to the Clerk.  He did his job.  He should not be scorned for doing so.

UPDATE:
I’ve also been informed that Mr. Stephen Gruber of Teaneck Newsroom shared this message as well.  I reached out to Mr. Gruber and he indicated that he was going to contact Petitioners seeking a correction.”

Subject to certification by the County Clerk, the preliminary list of BOE candidates for the 2021 November election appears below:

If you’re a candidate and would like to participate in a “virtual” Meet & Greet to introduce yourself to Teaneck Today membership, please let me know. A formal invitation to all candidates will be going out as well.

Please note that while Mr. Sahmiq Syed submitted an adequate number of petitions, he has been disqualified for not meeting the minimum residency requirement of living in Teaneck (1 year).

Board of Ed incumbent Victoria Fisher acknowledged in a social media post yesterday that the “campaign won’t be easy”.
Apparently, this is the first setback for the “Trust Equity Access” team. 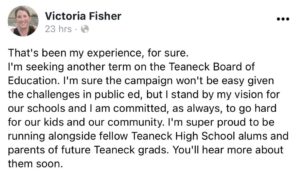 A huge thank you to Miriam Berger, Danny Ackerman, and the others that helped to arrange this.
On behalf of myself and Mayor Jim Dunleavy, we also wanted to thank the residents that sent in questions and tuned in to watch.
We hope to do more of these in the near future.
The recording from last night is available below for anyone that’s interested.
Feel free to also join the conversation in the Teaneck Today group on FB.
References in the video are linked below 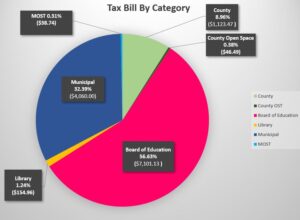 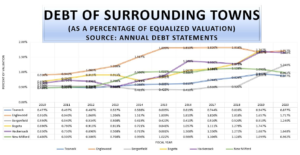 Want to hear about a different topic?  Have questions about procedures in Town?

As per the Bergen Record:

“Teaneck is facing another lawsuit regarding affordable housing after a developer failed to provide two affordable units agreed upon in the site plan, the Fair Share Housing Center alleges.”

The developer signed an agreement to build two affordable units on-site.  But when the Township wouldn’t let them renegotiate the agreement, they filed suit.

Back in May, attorney Gail Price filed a lawsuit for her client Red Realty against Teaneck and the head of our Building Department.  At issue was the denial of a temporary certificate of occupancy to the builder.

In short, the builder applied to the Zoning Board of Adjustment (“ZBOA”) for permission to build 19 apartments back in 2015/16.  Among the requirements set forth by the ZBOA, he had to:

The ZBOA grant of variance allowed for the affordable units to be built on or off site (the appeal pre-dated the ordinance requiring only on-site affordable housing units), but the developer’s agreement required only on-site and inclusionary affordable apartments.

– Resolution of the ZBOA

When the applicant asked for permission to do off-site affordable housing units, the Township emphatically said: No!

When asked if they could have a Temporary Certificate of Occupancy (“TCO”) to allow them to rent their market-rate units, the Township said: No!

So they sued.  And a Judge granted their papers, ordering the Teaneck building department to give them a TCO.  You can read the decision here.

But the case is not over

As per the complaint filed this week,

57. After Judge Farrington’s June 11, 2021 Order, counsel for the Township of Teaneck contacted counsel for Fair Share Housing Center.
58. Counsel for Teaneck informed FSHC of the action and what had transpired.
– Complaint filed by Fair Share (available here)

Fair Share filed a letter in the existing litigation and sued on their own as well.

“FSHC is gravely concerned that if RREA receives its TCOs for all its market-rate units before it has provided any of the required affordable housing units, the affordable homes will never be built.”
– Fair Share Housing Letter

Now, as per the Record:

“The center filed the suit Tuesday in Superior Court in Bergen County, naming not only the developer but also Teaneck and its Board of Adjustment. The attorneys for the township, the Board of Adjustment and Red Real Estate Associates were not immediately available for comment.”

It’s unclear for sure, but we will track developments here. END_OF_DOCUMENT_TOKEN_TO_BE_REPLACED

If you missed it while you were poolside or having bbq and watching the fireworks, I’d completely understand.

While most of us were celebrating the 4th of July, the BOE sent out a notice informing the public that a special meeting would be held tonight, July 7th.

The notice, says:
There will be only one item for discussion this evening (TBD) and public participation (virtual/live) will be kept to 1 hour. Formal action may be taken.

Rumors started swirling, almost immediately.  Some said the Superintendent, who was just granted a five-year contract last year, would be tossed out.

Turns out, the rumors were accurate:

After a very successful six month operation, the Richard Rodda Center COVID-19 vaccination site will close on June 27, 2021. Since opening in early January, this incredible vaccination site administered well over 100,000 doses of vaccine which saved many lives across the State.

This remarkable achievement could not have been attained if it wasn’t for the hard work of staff from Holy Name Medical Center, the Township of Teaneck, our private sector partners, as well as our community members who visited these sites to get vaccinated.

Now that vaccine supply has caught up with demand, getting vaccinated is easier than ever. In areas where mass vaccination sites are closing, there will still be multiple vaccine providers nearby that will continue to administer the COVID-19 vaccine. People can visit the New Jersey COVID-19 Information Hub https://covid19.nj.gov/ for help finding vaccination sites in your area.

Holy Name Medical Center, located at 718 Teaneck Road, Teaneck, New Jersey, will continue to provide first and second doses of the vaccine at the hospital facility after June 27, 2021. Anyone unvaccinated can register for the first dose of the vaccine by visiting https://vaccine.holyname.org/covid-vaccine. END_OF_DOCUMENT_TOKEN_TO_BE_REPLACED

The Primary Election Results appear below.  They are unofficial until certified by the Bergen County Clerk. 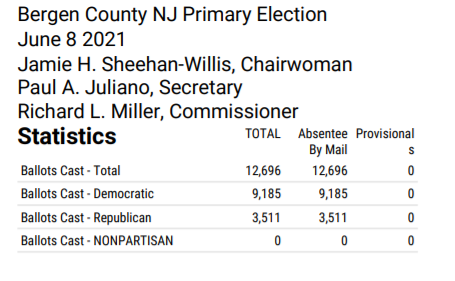 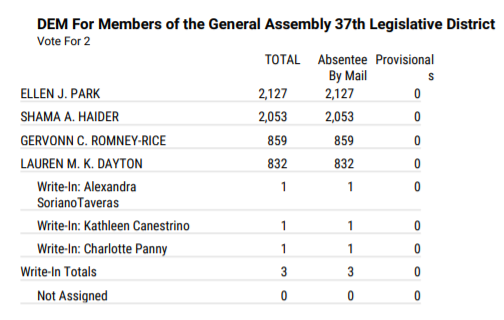 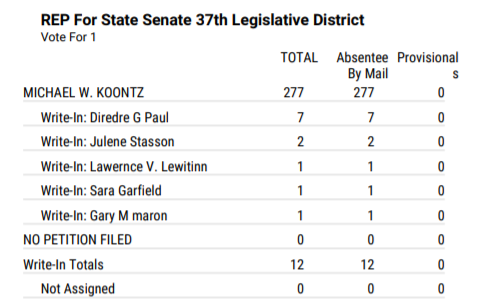